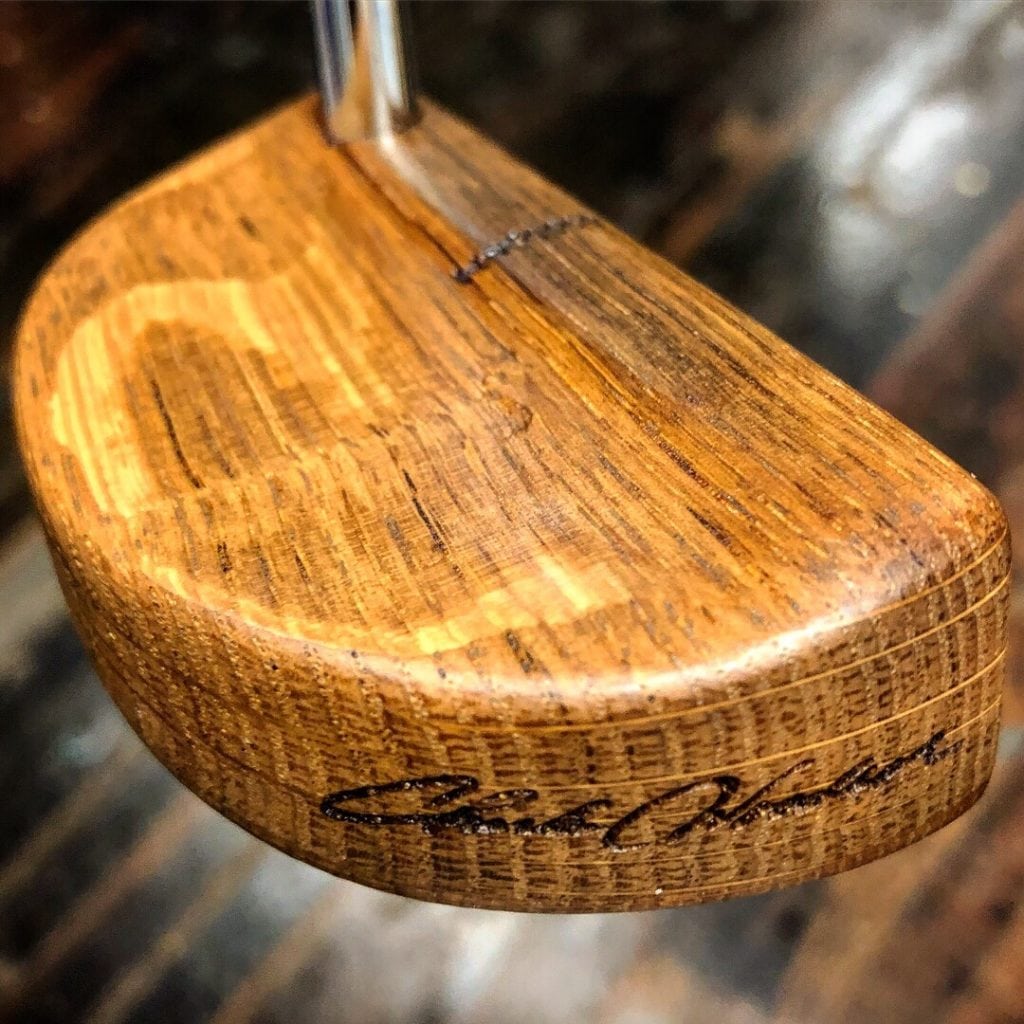 Andy called me up a few weeks ago and asked me to come up with something special for an upcoming tournament. Turns out that it was none other than Charles Woodson, the legendary Defensive Back who won a Heisman Trophy with Michigan, and then went on to the Raiders and Packers, where he won the super bowl. I knew that we needed to step up our game to make something worthy of this absolute legend.

At first, we were talking about using the colors of Green Bay in the putter, since the tournament is being held in Wisconsin. But that would have been too easy. So I pried further, and found out that Charles own a winery. Since we’re able to make a putter out of almost any piece of wood, I asked Andy if we could get a piece of an old wine barrel. He sent over two staves, and we were off. 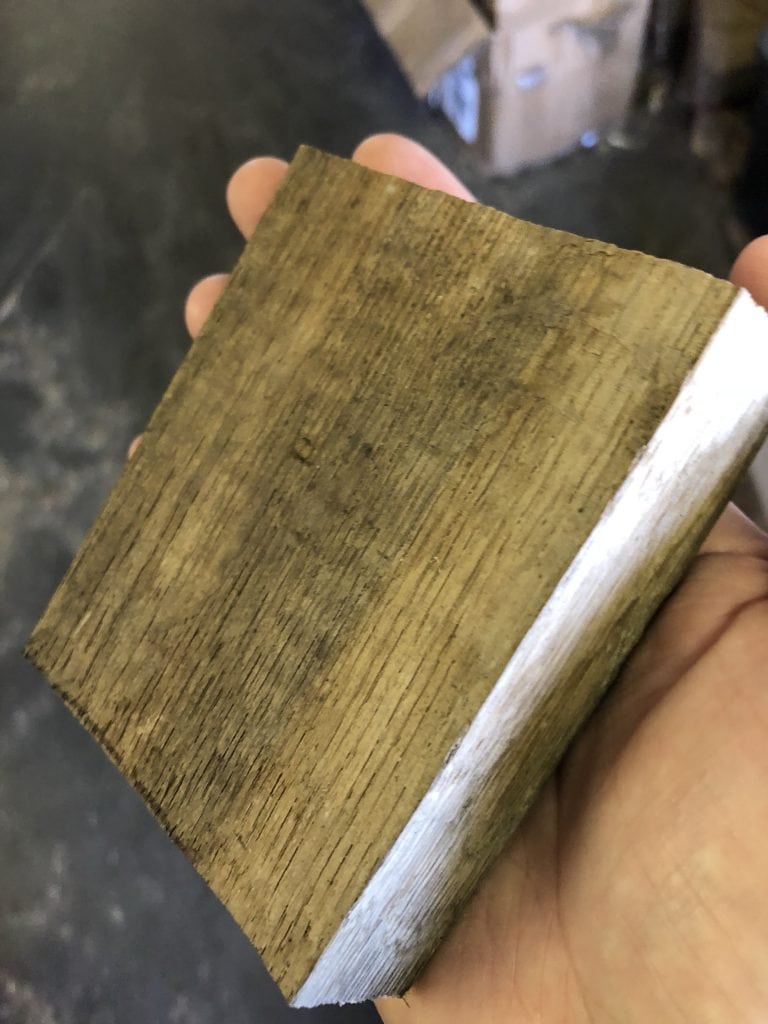 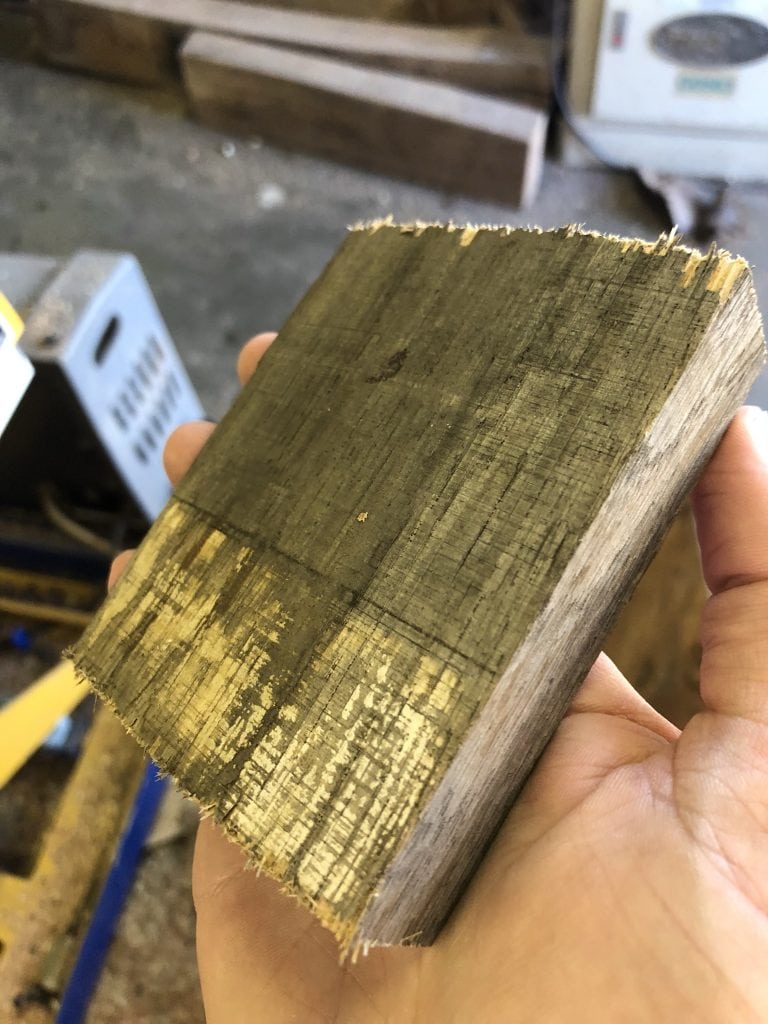 We were only making a half-dozen putters, so we took the first stave to our friends at Oregon Burls for stabilizing. Turns out that the thickness was just too small, so we added a layer of clear acrylic. We have a product that we normally use, but there’s a local company that makes a similar acrylic and evidently only had a slightly longer cure time, so we decided to run with it. 4 hours vs 12 wasn’t anything we couldn’t handle. Well, turns out that 12 hours was more like 30 days once we read the fine print. With 1 week until the event, we were scrambling, especially since the old reliable acrylic had recently ran out. 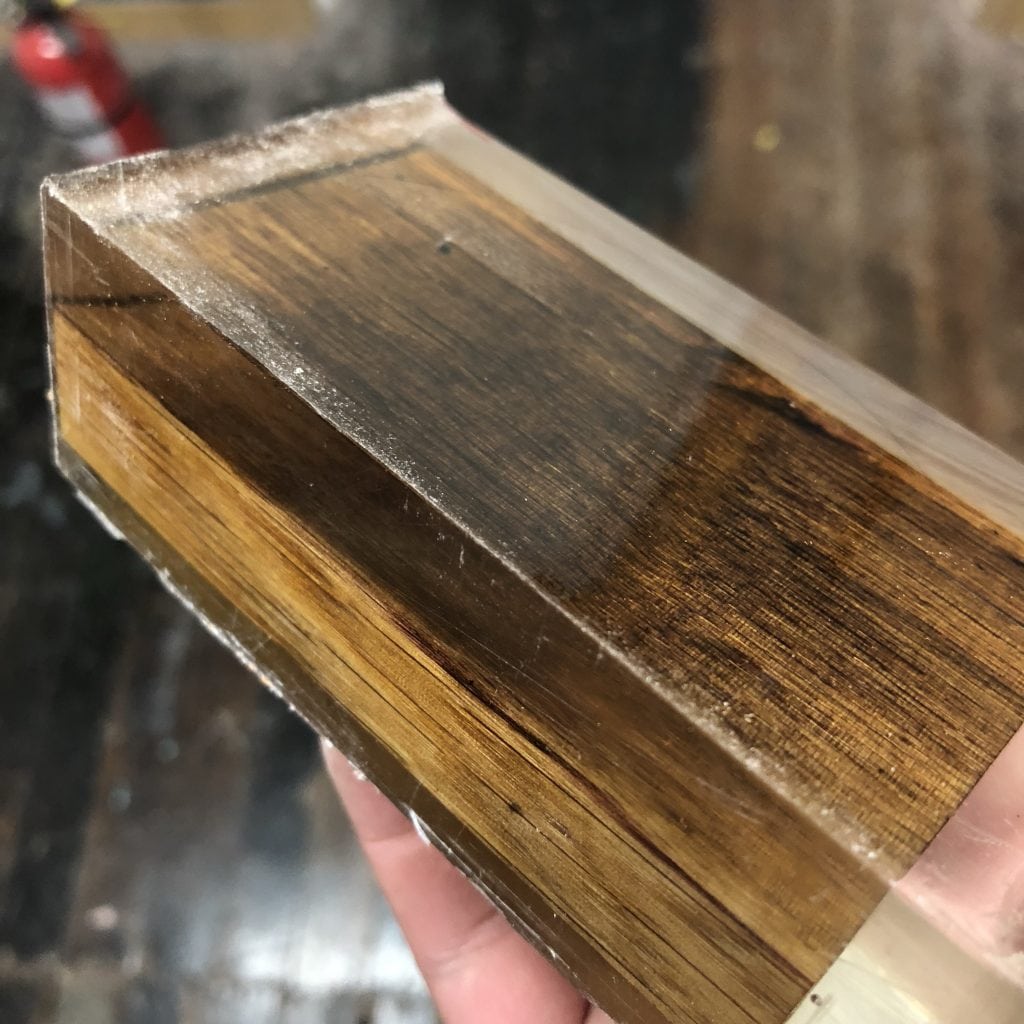 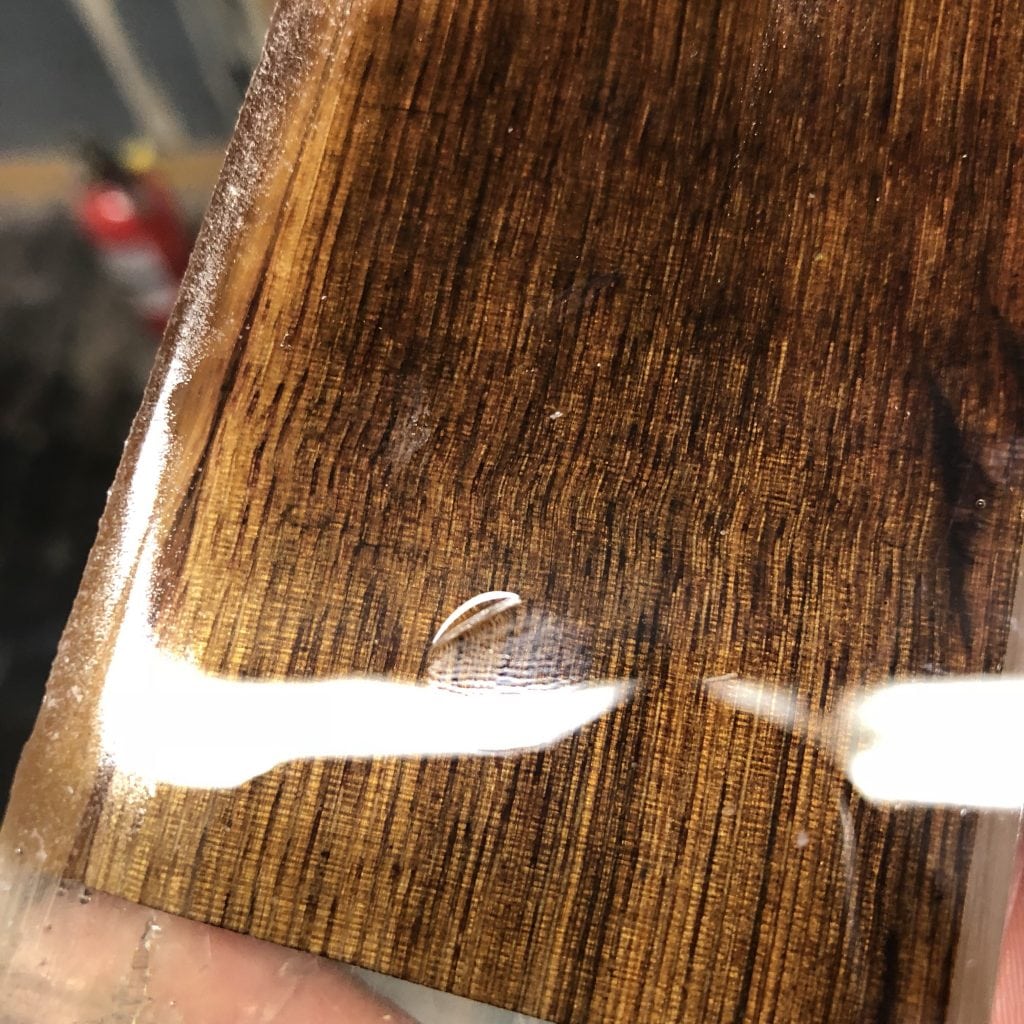 I grabbed the other stave and got it stabilizing. We found a little bit of extra acrylic, just enough for the batch, and prepared to pour it. But in comparing the two staves, I realized that it was just thick enough to not even need the acrylic! We stabilized the batch and started right on with preparing the putter heads.

Even though the wood is stabilized, we still need to add around 300 grams of lead internally to ensure optimal performance. We do this step with a calculator and up to 8 individual weights. We split the wood apart, drill the holes, add the weights, and epoxy everything back together. We then allow it to set up overnight. 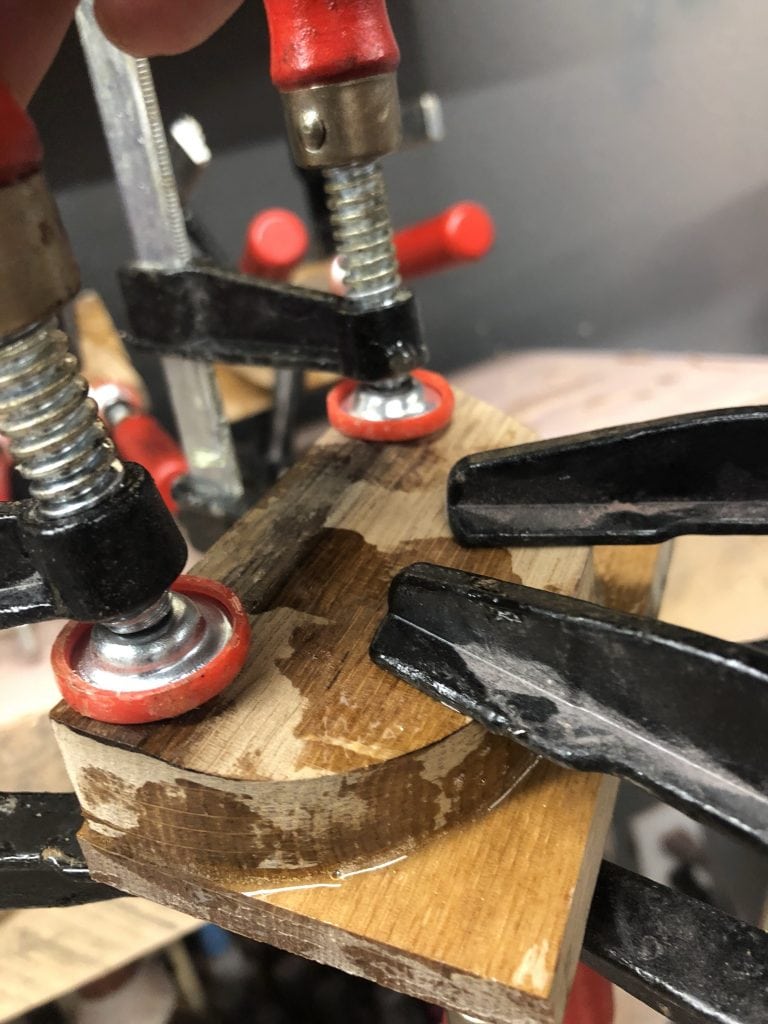 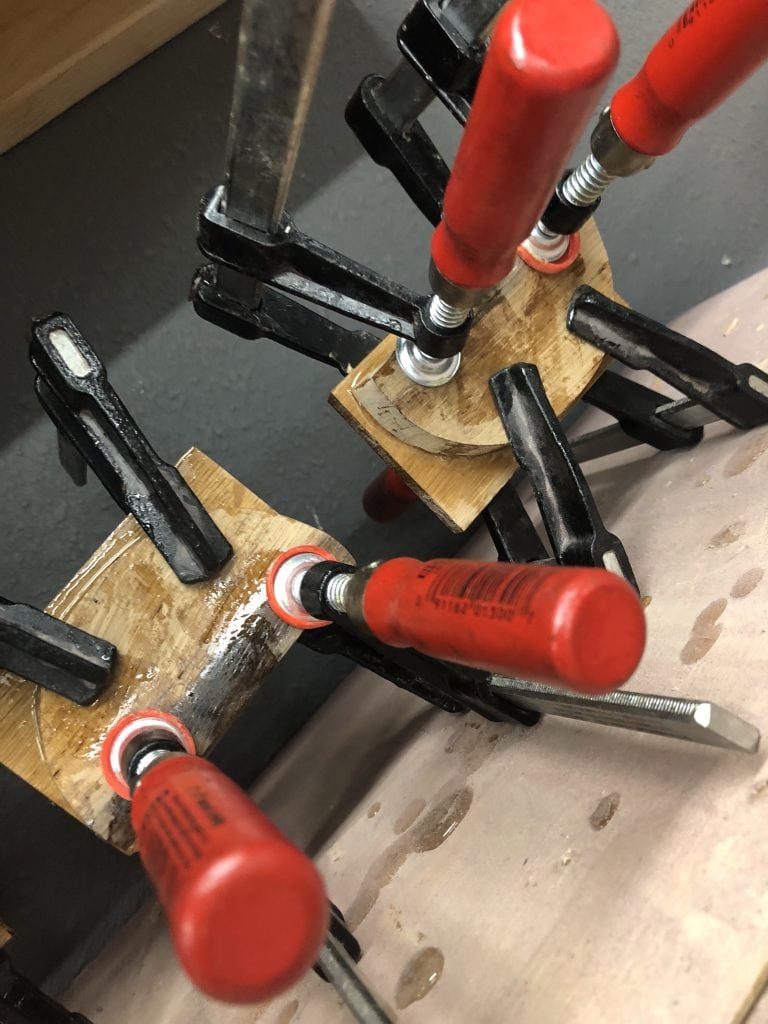 Once cured, the putter is given its shape with a series of belt sanders and palm sanders. It’s polished up to 2000+ grit, which means that it will sparkle in the sun. For the engraving, we chose to put his signature on the toe, and a football lace sight line on the top. With a chrome shaft and a black grip, these putters are prepped to tell the story of Charles Woodson every time they’re brought to the course. 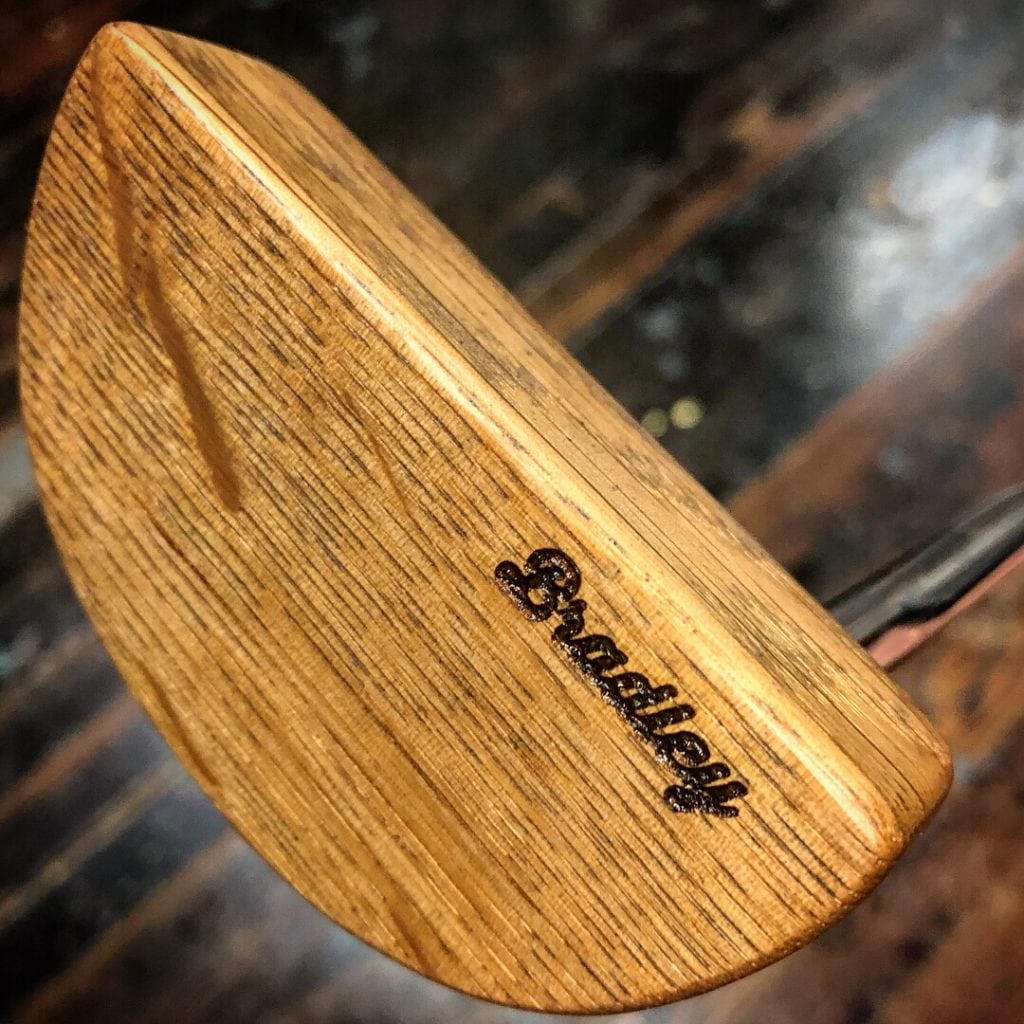 Putters as special as these deserve to be covered with a truly special head cover. We found a wine-stained alligator Italian embossed leather that fit the theme perfectly. The interior is made with a specially designed outdoor fabric, and the closure is sealed with 4 high strength magnets. 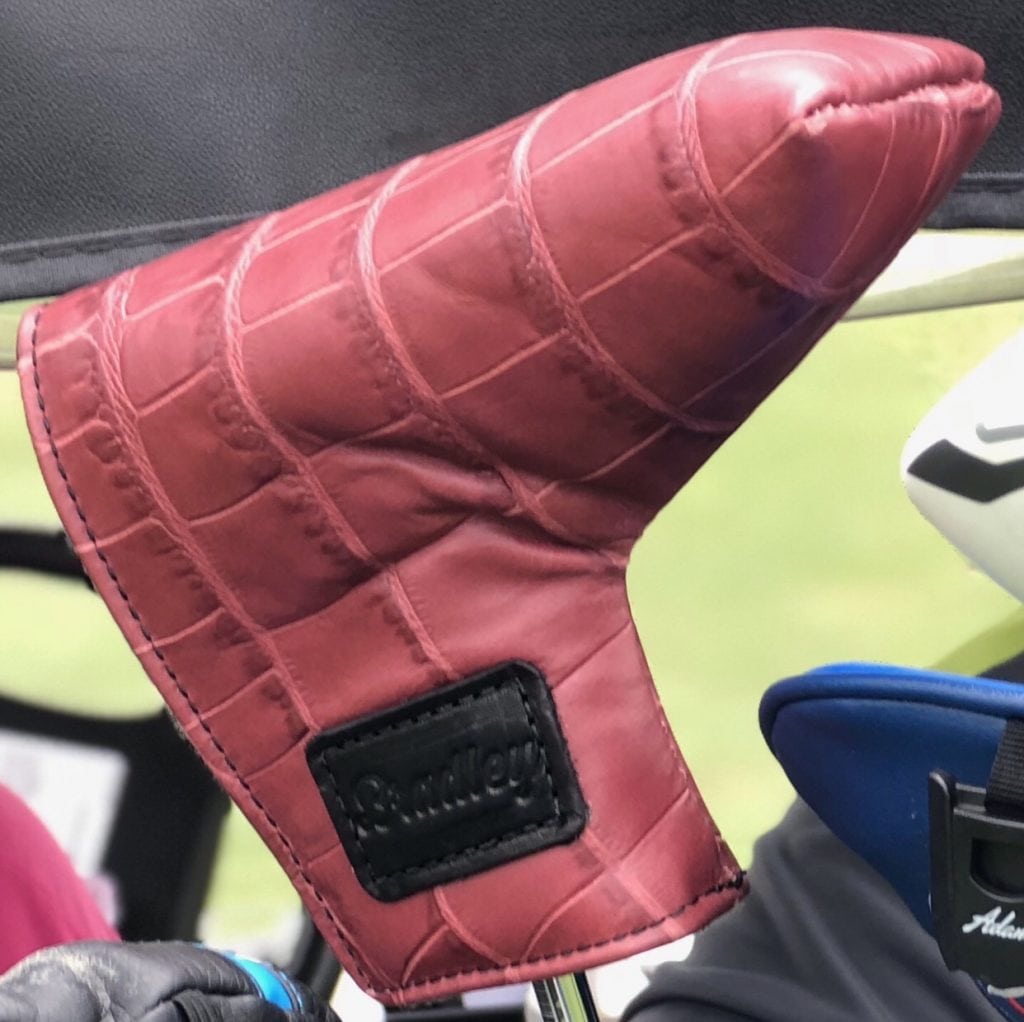 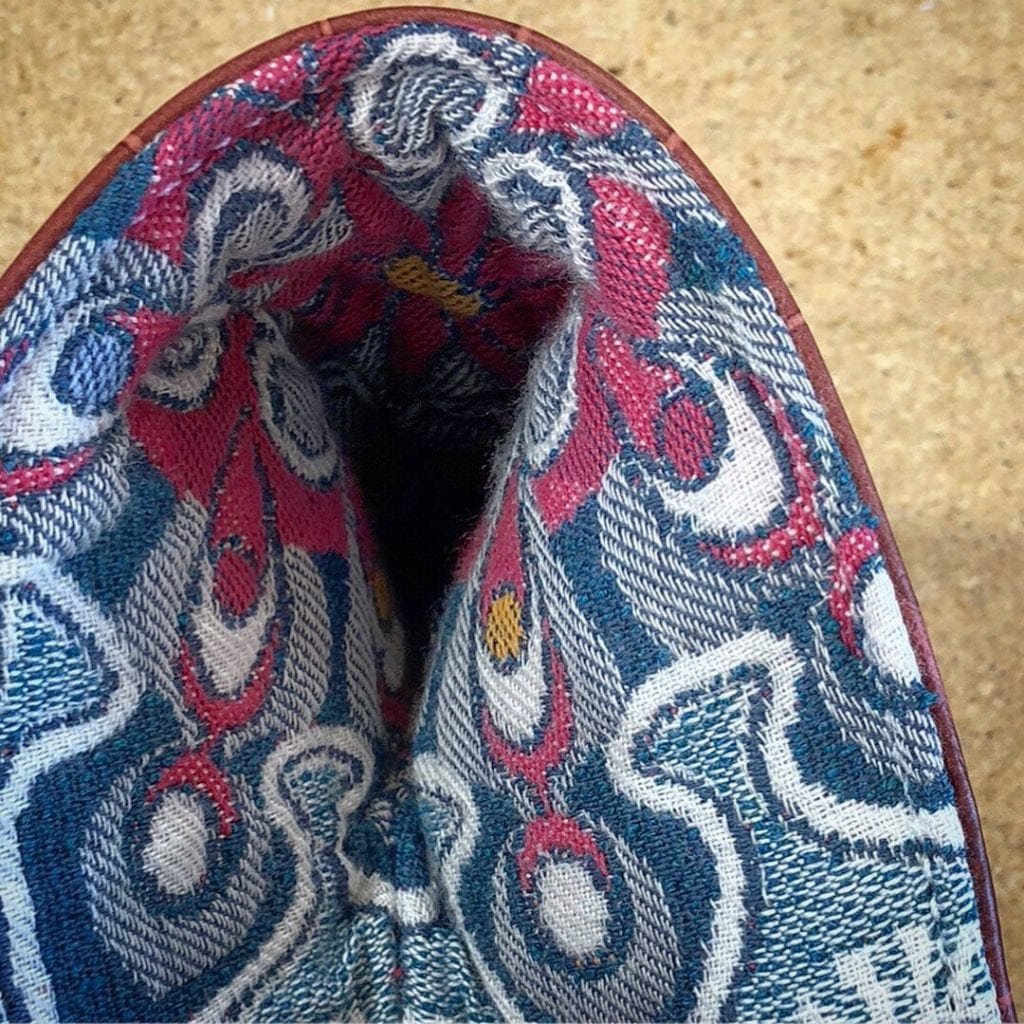